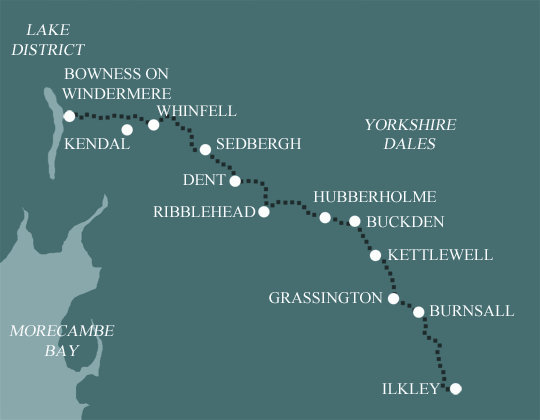 This is the longest of our Dales Way itineraries, taking 8 days to walk the whole Dales Way from Ilkley to Bowness on Windermere. Extra time is spent in Wharfedale, where the days are kept particularly short to give you plenty of time to look around the sights such as Bolton Abbey and the Strid, as well as to explore the villages, churches, inns and cafes along the way.