Coastal views, dramatic cliffs, pretty fishing villages and a bit of sunshine were just some of the things I was hoping for when I walked the South West Coast Path from St Just to Mawnan Smith,  taking in the well known landmarks of Land’s End and Lizard Point.  Having arrived safely in Cornwall ahead of our walk the following day, I thought it would be rude not to sample a Cornish tradition, the cream tea. It was delicious! 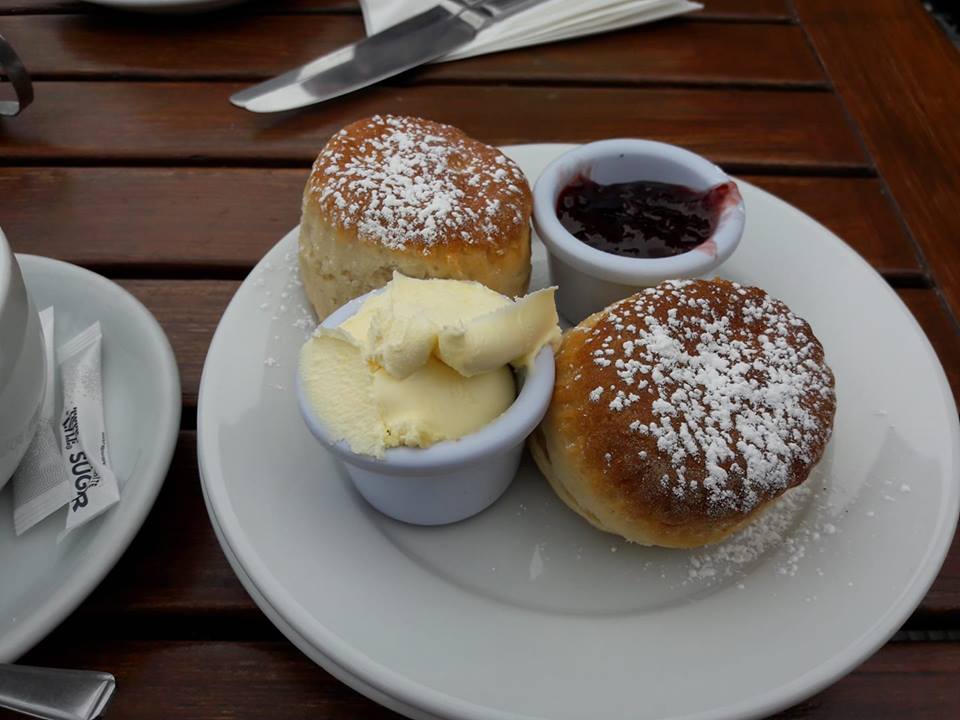 I’m incredibly fortunate to live in the Lake District and love walking on the fells as often as I can, but when I get away, the coastline is often what draws me in. There’s just something about the sea and the sound of the waves that keeps me coming back, and it’s been an absolute delight walking on the Cornish coast today. We’ve been bathed in sunshine for most of the day, the views have been stunning and the icing on the cake has to be the large pod of dolphins swimming just off the shore. The guidebook said we might see them but we didn’t really expect to.  All in all an awesome day! 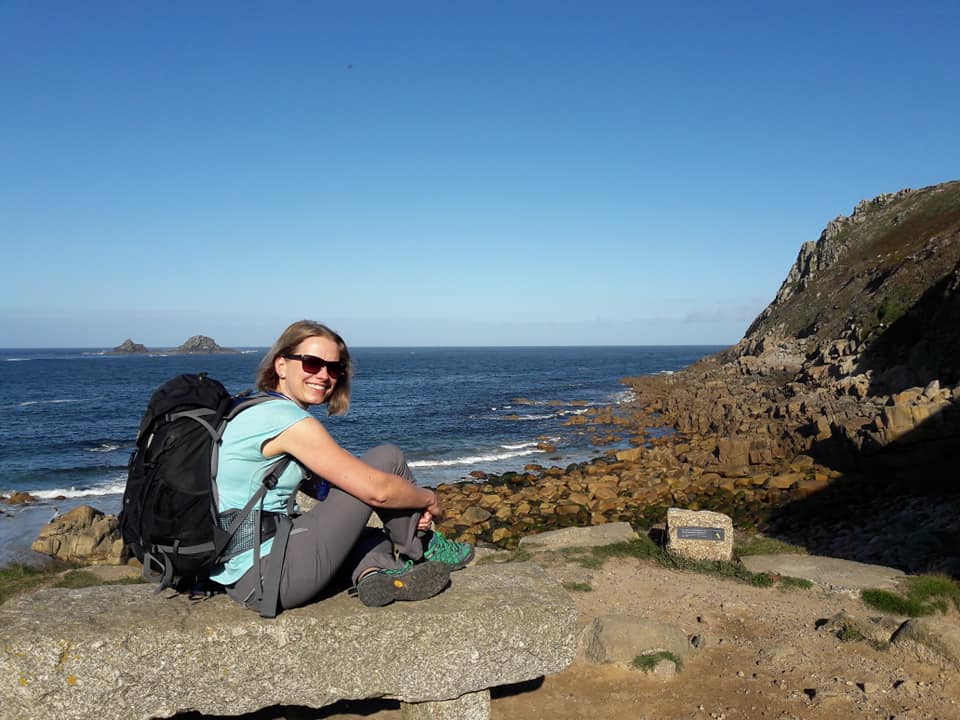 At the risk of sounding repetitive, we’ve had another wonderful day on the South West Coast Path. In contrast to the wild open clifftops of yesterday, today’s walk from Porthcurno to Penzance has been a much greener affair. Leaving the sandy beach of Porthcurno behind we headed over the cliffs past the impressive Logan Rock and down to the little harbour at Penberth Cove, where we just missed out on the local fishermen landing their catch. Some steep ups and downs followed on well kept paths lined with lush vegetation and an endless supply of blackberries just asking to be picked.

Next came the boulder strewn beach at St Loy, before a welcome lunch stop at Lamorna Cove, a popular little spot for swimmers and snorkelers, and people just people watching in the quayside cafe. As we continued our walk this afternoon we got our first proper view of the sweeping coastline around to Lizard Point – a little daunting to think we’ll have walked there in a couple of days  but the miles disappear quickly when you’re having fun, as they have today.

The pretty village of Mousehole was our afternoon tea stop, bustling with walkers and sightseers, all enjoying the September sunshine, before the final stretch to our overnight stop, Penzance. 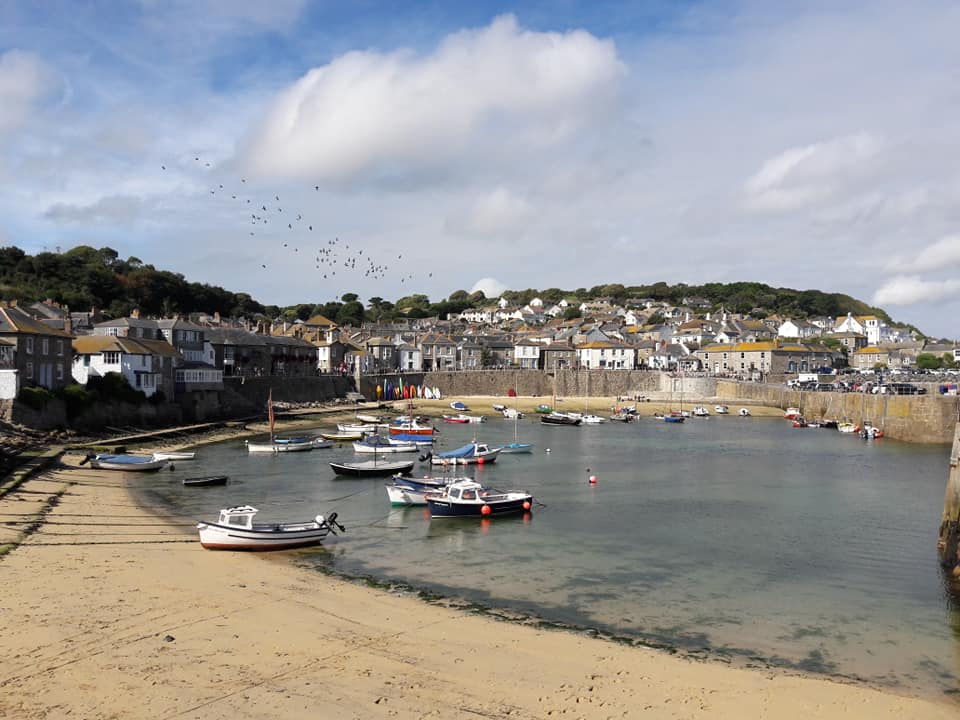 Day three of my Cornish adventure, and the sun decided to go into hiding, which is a shame as I’ve been enjoying sharing my sunny seaside snaps. The weather aside, we’ve still had a lovely day, passing the well known landmark of St Michael’s Mount, Prussia Cove, renowned locally for smuggling activities over the centuries, and the long sandy beach of Praa Sands. The coastline has become more rugged again close to Porthleven so we’re hoping for some good views tomorrow and some lovely food tonight, Porthleven being known as a bit of a foodie hotspot.

It’s been a beautiful end to the day in Lizard village. We have been treated to a lovely sunset which we can see from our bedroom window as we look out over the Atlantic – just perfect after a huge portion of fish and chips to feed our hungry appetites from today’s walk.

The walk from Porthleven to Lizard has been great with some lovely sandy beaches and little quiet coves to start the day before the more dramatic scenery of Mullion Cove and the very popular Kynance Cove. Tomorrow we head for Coverack and the forecast is good, so I’ll have my camera at the ready. 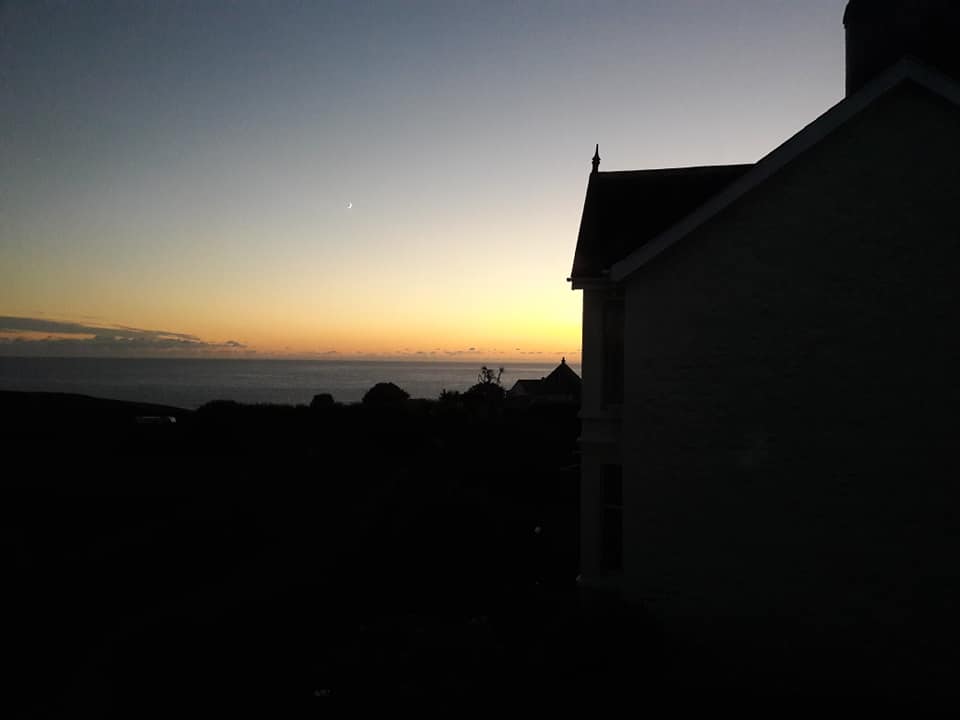 Wall to wall sunshine and stunning views have accompanied us all the way on our penultimate day on the South West Coast Path. Our first hour or so was spent walking around the tip of the Lizard peninsula, which was just gorgeous in the morning sunshine. The photo opportunities were endless, and after a bit more seal spotting we had to force ourselves to move on if we wanted any chance of reaching Coverack by nightfall, which I’m pleased to say we have, even with a relaxed lunch stop in the busy little fishing village of Cadgwith thrown in. 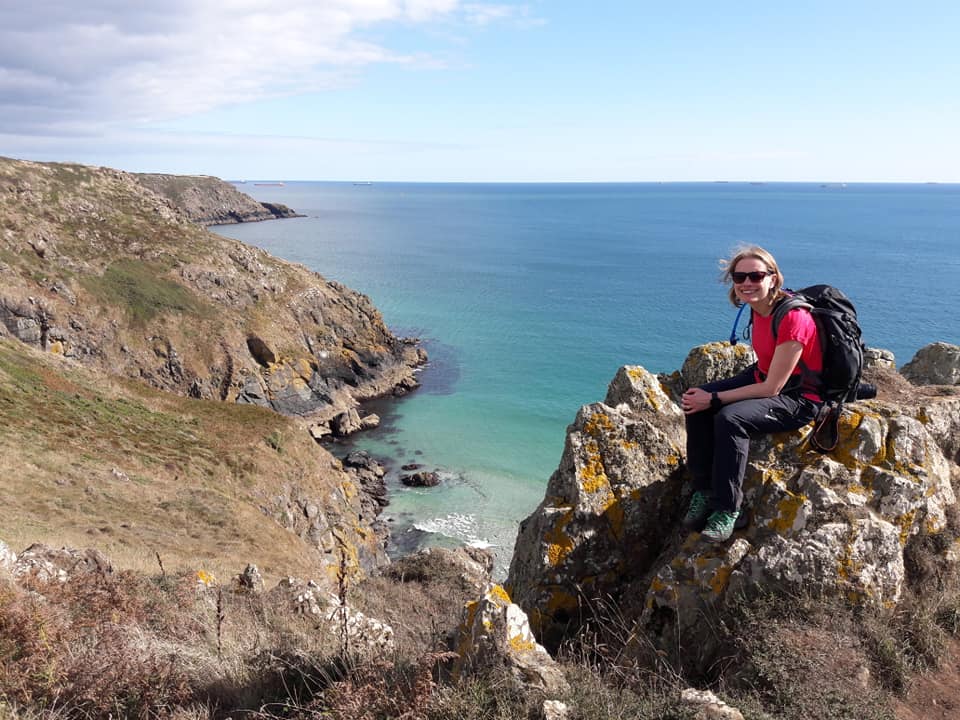 After the dramatic scenery of the storm battered cliffs that has been with us most of the week, the final leg of our walk has offered greener, tranquil surroundings. A couple of hours beyond Coverack, our starting point, the coast path reaches the Helford River, bringing a change of landscape, from wide open clifftops to a secluded wooded canopy, with frequent glimpses of the pretty Helford River, calm in comparison with the open seas.

The river gave us a new challenge to factor into our day today, with two separate ferry crossings, both dependant on the tide, and with a bit of planning and some good progress this morning, we were very pleased to make an early crossing. We needed no further encouragement to linger over some liquid refreshment at the beautifully situated pub at Helford Passage, reflecting on what has been a brilliant week and contemplating where to go next. 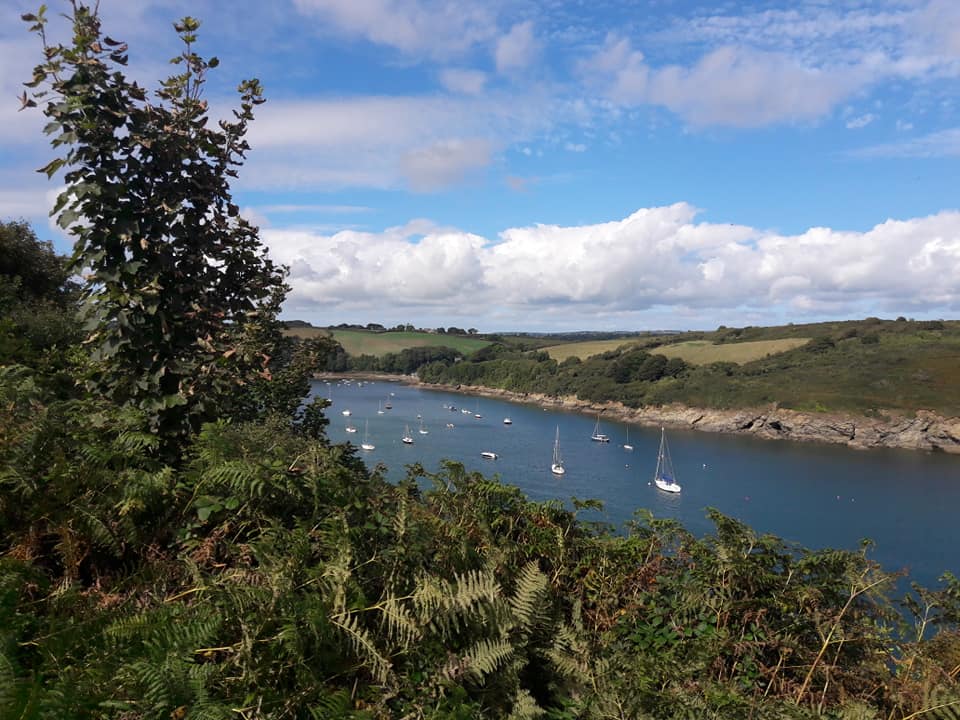 For more information on the South West Coast Path email us info@mickledore.co.uk or to speak to Lynne or any of our walking holiday experts, call 017687 72335.