Best Views in the UK

If you’re looking for a little inspiration for your next walking holiday, then help is at hand. Here we showcase what we believe are ten of the very best views in the UK. The wonderful thing about them is they can all be enjoyed on one of our walking holidays. We’re sure you’ll agree, they’re all magnificent. The question is – which will you visit first? 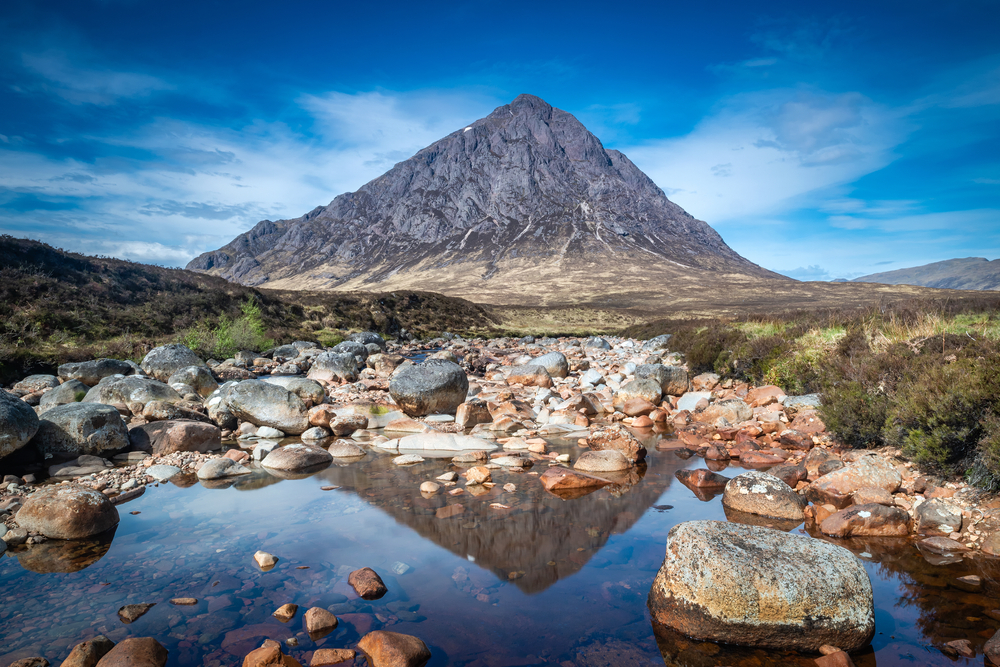 Buachaille Etive Mòr is one of the most recognisable mountains in Scotland. Once seen, the image will live long in the memory of the walker. It’s pyramid like silhouette is best viewed from the iconic Kingshouse Hotel, a favourite stopover on the West Highland Way. 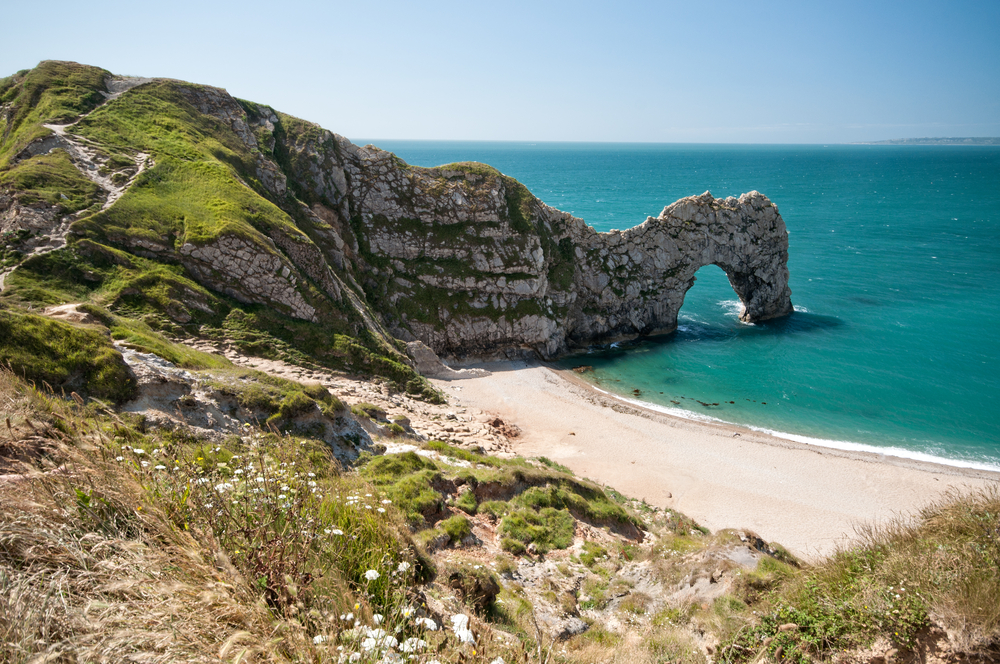 One of Dorset’s most photographed and iconic landmarks is Durdle Door. Standing about 200 feet above sea level the natural limestone arch is part of the Jurassic Coast World Heritage Site. 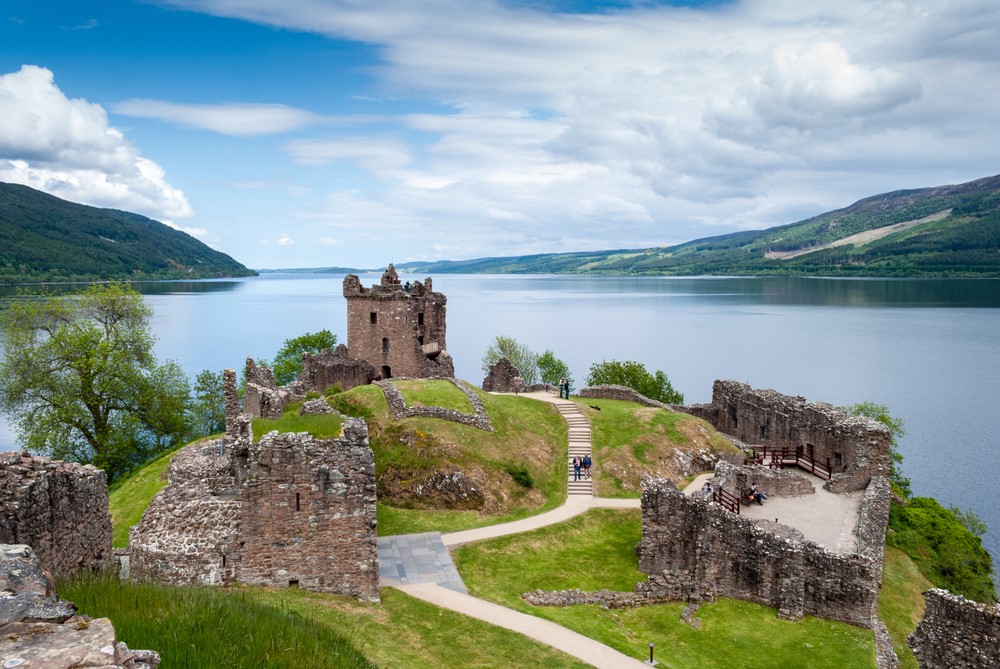 At 23 miles long, Loch Ness is deeper than the North Sea and holds more water than all the lakes in England and Wales put together, and if you’re a believer, is home to the Loch Ness Monster, Nessie. The views are superb along the entire length of the loch, but especially so when combined with Urquhart Castle near the village of Drumnadrochit.

If you’re lucky enough to be spending the evening at Ribblehead while walking the Dales Way, then take a short stroll to marvel at the 24 span Ribblehead Viaduct, also known as the Batty Moss Viaduct. The viaduct is a much loved feature of the picturesque Carlisle to Settle train line.

Learn more about the Dales Way 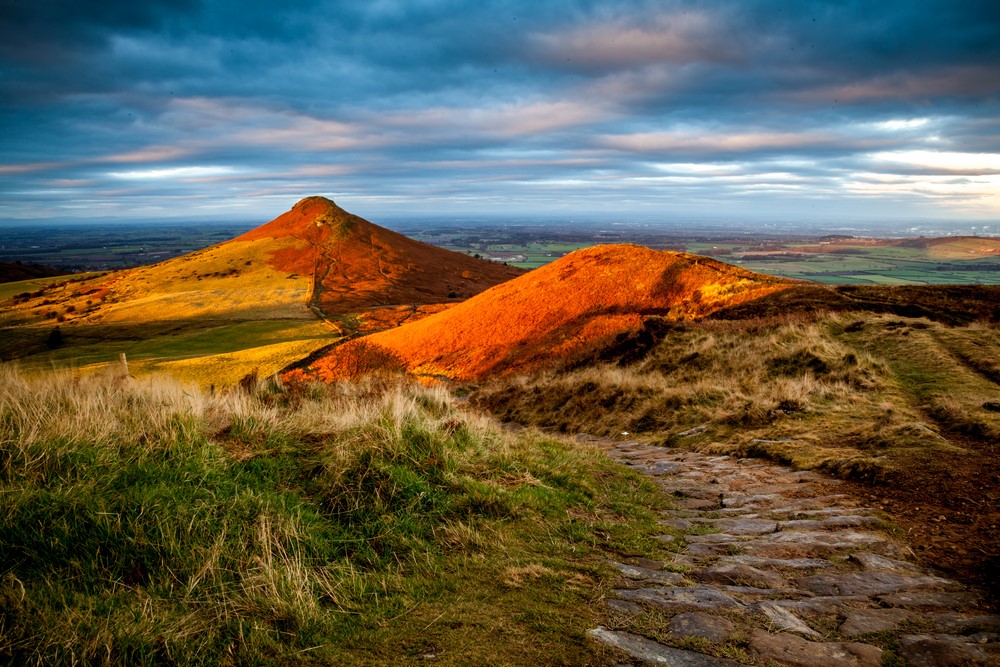 At 1,049 feet (320 m), Roseberry Topping is quite literally one of the highlights on Cleveland Way. The views from the summit are magnificent. On a clear day it’s possible to see the Pennines, some 40 to 50 miles away.

Learn more about the Cleveland Way 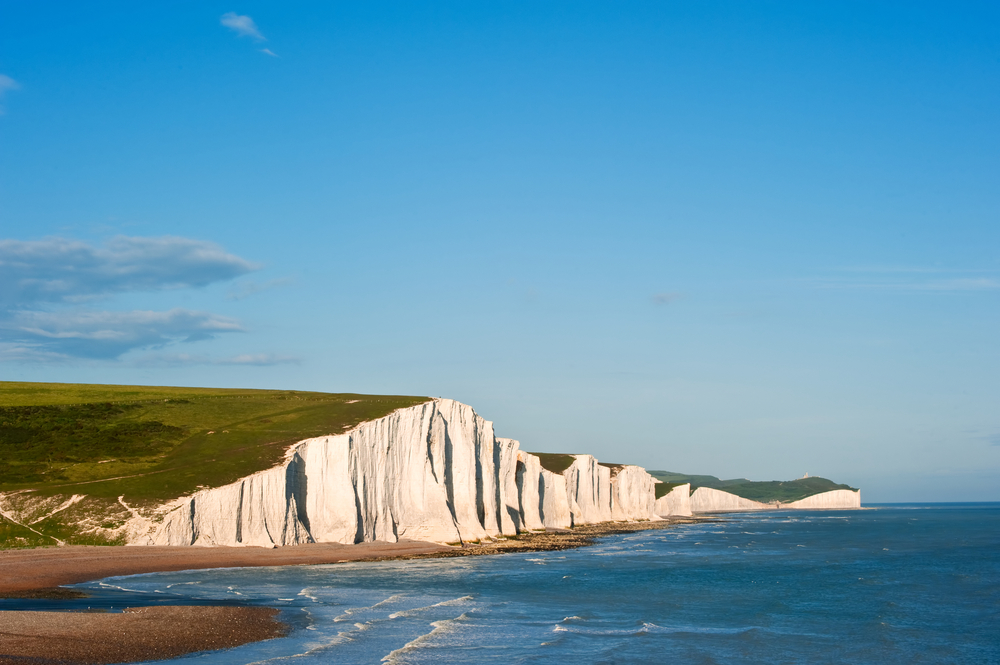 The Seven Sisters chalk cliffs are one of the most eagerly awaited sections of the South Downs Way. If you don’t have time to walk the whole way you can a enjoy a two day circular walk crossing the Seven Sisters and passing the famous Long Man of Wilmington, Britain’s largest chalk figure. 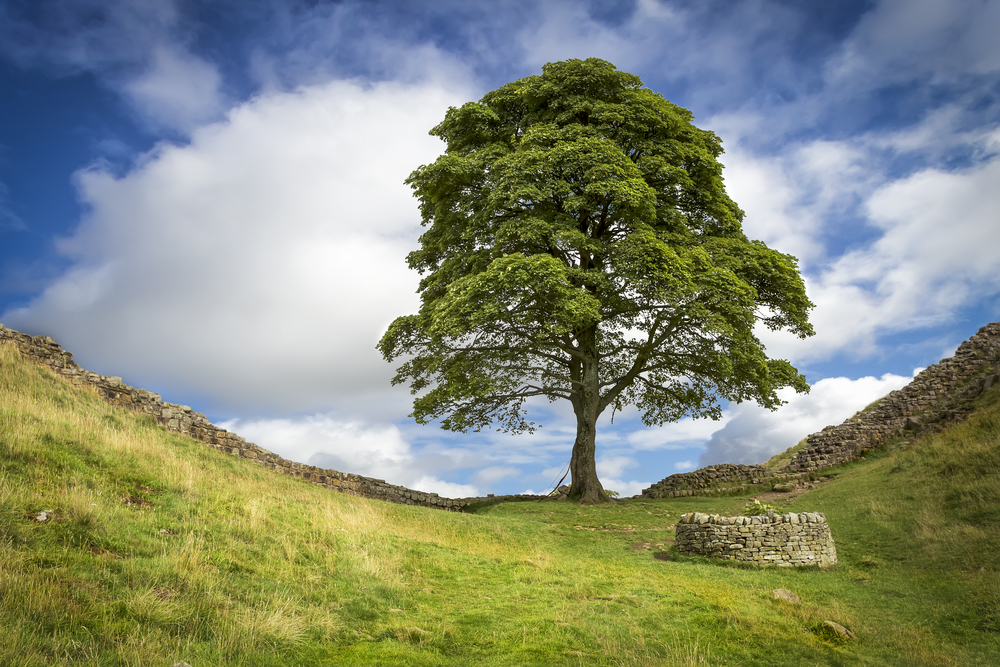 Is there a more photographed tree in the UK? The Sycamore Gap Tree or Robin Hood Tree stands next to Hadrian’s Wall near Crag Lough in Northumberland. The tree, recognisable from the film Robin Hood Prince of Thieves won the 2016 England Tree of the Year award. 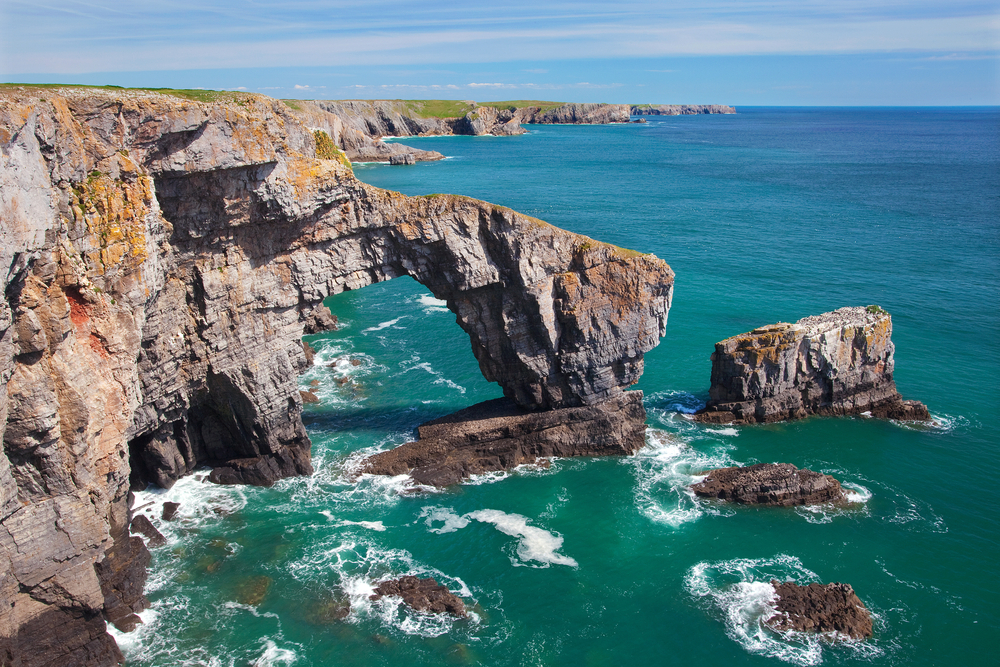 One of the most impressive sights on the Pembrokeshire Coast Path is The Green Bridge of Wales, a natural arch formed from Carboniferous Limestone. The arch formed as the sea wore away the rock beneath. 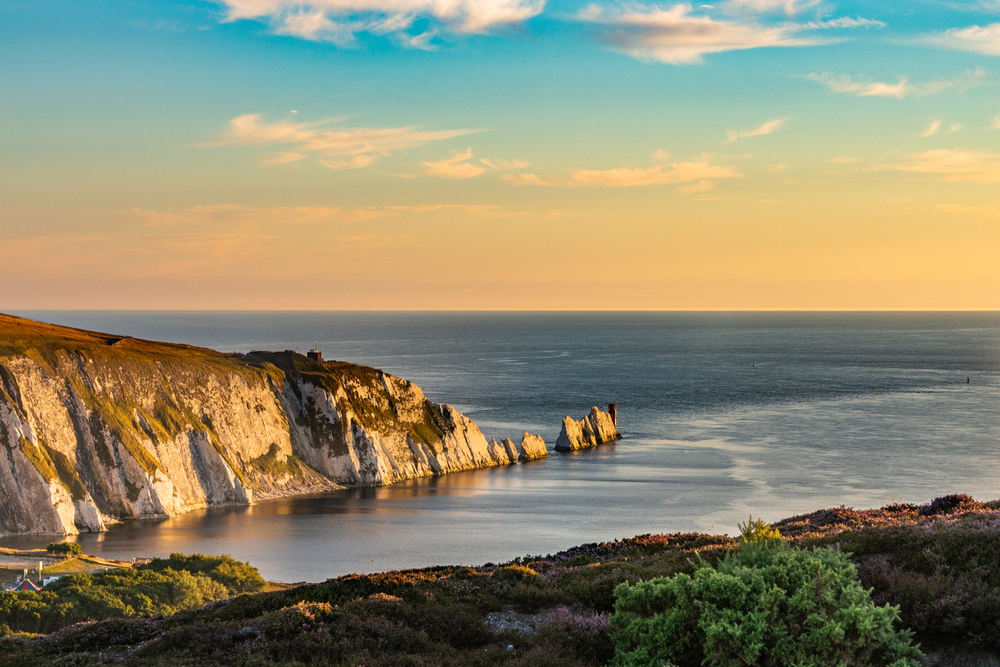 The Needles are a series of chalk stacks off the western coast of the Isle of Wight. Alongside them stands the Needles lighthouse, built in 1859. The Needles are viewed here from Headen Warren, however if you want a closer look you can take a boat trip from the jetty for a spectacular tour around the rocks and lighthouse.

Learn more about the Isle of Wight Coastal Path 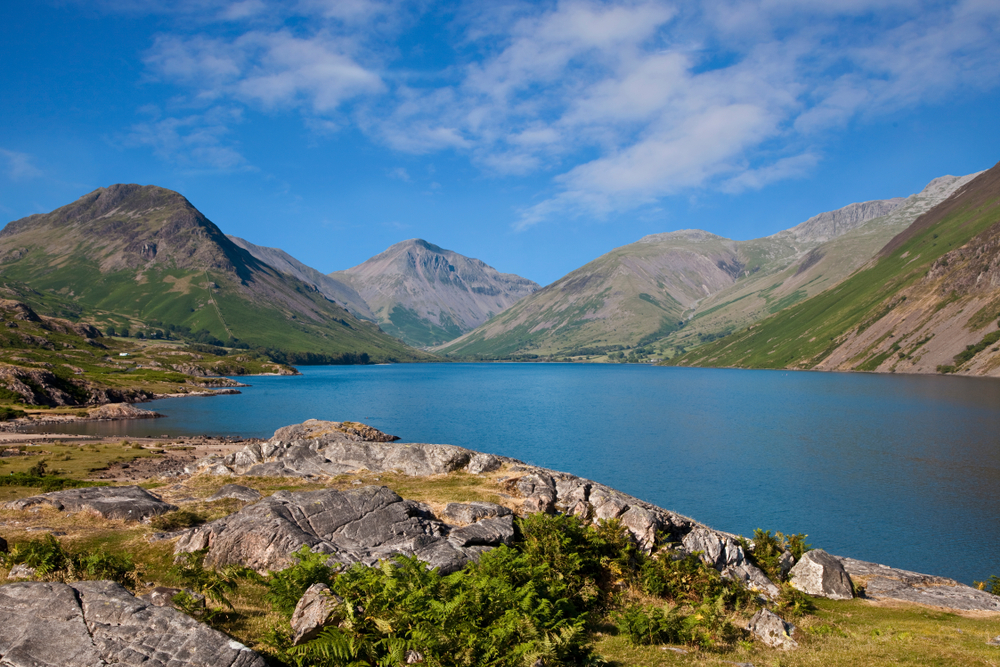 Wasdale is home to England’s deepest lake, Wastwater and England’s highest mountain, Scafell Pike. Wasdale is considered to be the home of British rock climbing. Two of our long distance routes will to take you here, the Inn Way to the Lake District which passes by forty traditional Inns and the Tour of the Lake District.

For more information on any of the holidays highlighted here email us info@mickledore.co.uk. or call us on 017687 72335 to speak to one of our walking holiday experts.